Borussia Dortmund toughen up over Lewandowski 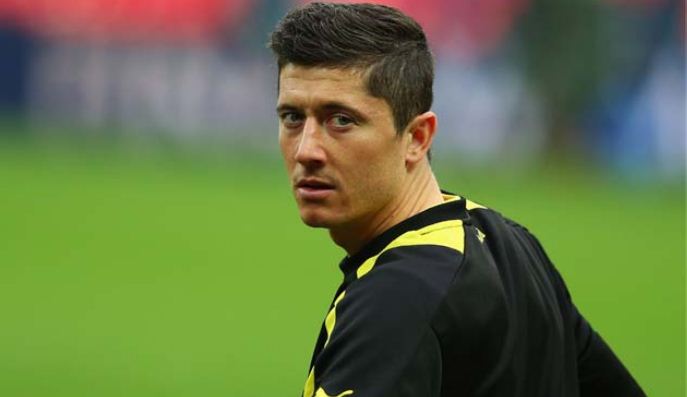 Borussia Dortmund now insist that their star striker Robert Lewandowski will not be sold in the transfer window.

Borussia Dortmund have finally had enough of the ongoing speculation surrounding the future of Robert Lewandowski and now insist that their star striker will not be sold in the transfer window.

The Poland international has proved a massive hit at the Westfalenstadion, firing Die Borussen to back-to-back league titles before helping them reach the Champions League final last season.

The 24-year-old has scored 54 goals in 98 matches for BVB to catch the attention of Europe’s biggest clubs, while his four in the first leg of the Champions League semi-final against Real Madrid marked him out as one of the top strikers in the world.

There has been much reported interest about Lewandowski, which has only intensified with his contract set to run out next summer and no indication of him penning a new deal.

Bayern Munich were thought to be leading the race for his signature and although Borussia ruled out selling to their biggest domestic rival, it was thought he would be sold this summer, rather than letting him go for nothing in a year’s time.

Manchester United, Chelsea, Manchester City and Real Madrid have all been strongly linked with a move but it now seems that the German giants will keep him for one last year, although it remains to be seen if a sizeable bid will soften their stance.

“We need this security to be able to plan (for the season).”

Borussia have already lost Mario Goetze to Bayern this summer after the Bundesliga champions activated the £37m release clause in his contract.