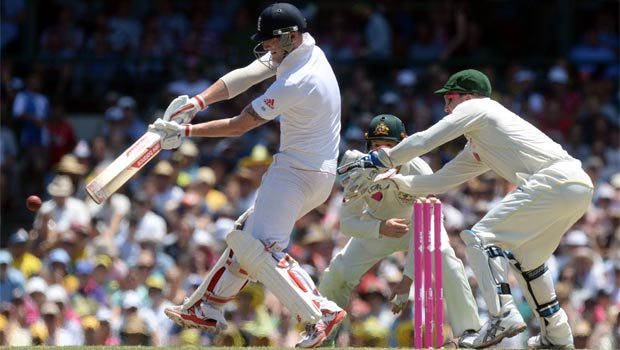 Ben Stokes admits England find it hard to contain Brad Haddin after the Australian wicketkeeper smashed another 75 runs on day one of the fifth Ashes Test in Sydney.

Haddin has been a revelation with the bat throughout the series and he came to the rescue today when he put on a stand of 128 with Steve Smith (115) just as England looked in control.

At that stage England had Australia 97-5 but Haddin put on another dominant display with the bat to help his side reach 326 all out.

Stokes was England’s star man with the ball when taking six wickets for 99 but even he was powerless as Haddin started to smash the ball all over the SCG.

“When he came in today and started hitting it back over your head, you stand there scratching your head and thinking ‘this isn’t meant to happen’,” said the Durham all-rounder.

“It’s just the way he comes out and plays his natural game straight away, whatever the situation is.

“Quite a lot has gone his way. But fair play to him … he’s taken every chance he’s had to get runs.”

Meanwhile, Smith was also impressed with his six-wicket partner, but was not surprised.

When asked about his form throughout the Ashes, Smith said: “It’s been outstanding, hasn’t it?

“In tough circumstances, he just comes in and tries to switch the momentum of the game – and he’s done it on numerous occasions this series.

England lost the early wicket of Michael Carberry to finish the day 8-1.