England Cricket: Prior rallies the troops 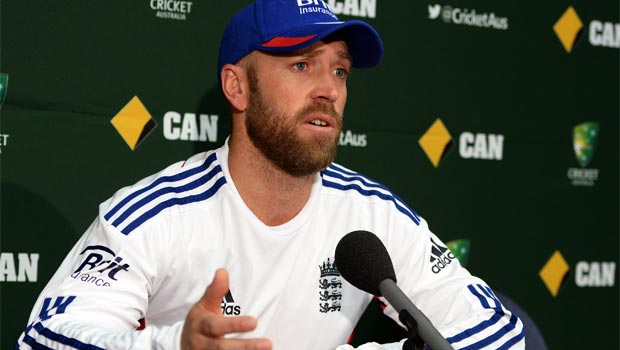 Matt Prior has backed the fighting qualities of his England team-mates to get them back in the series in this week’s third Ashes Test.

Alastair Cook’s men headed to Perth earlier this week with their tails between their legs after another humiliating defeat in Adelaide.

They are now 2-0 down in the five-match series and are about to play on one of the fastest and bounciest pitches in world cricket, with local paceman Mitchell Johnson primed and ready to inflict further damage on the beleaguered tourists.

It was expected to be a close-fought series with little to choose between the teams but both contests have been totally one-sided, with England blown away by the hostility and aggression of the Aussie attack.

Add to that the fact that many of the visitors’ top-order have gifted their wickets, and it is easy to see why the press have got stuck into the England players, with many pundits suggesting they have no chance of coming back as they are not up for the fight.

But Prior, who finally found his form with a half-century in South Australia last time out, disagrees and is “100 per cent” convinced that England can bounce back and win the Ashes Down Under.

“One thing I do know about this cricket team is that when we get to this place we come out fighting,” he said. You have no option.

“You can sit there and sulk, moan, whinge and make excuses – but you will just get beaten. You have to get rid of all that, and fight.”