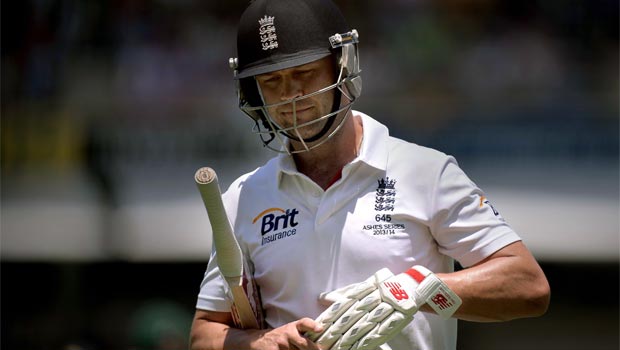 Australia coach Darren Lehmann has urged his players to avoid the subject of Jonathan Trott’s stress related-illness when sledging England’s players in Adelaide.

The two sides will meet next week for the second Ashes Test, with Australia leading 1-0 after a terrible performance from Alastair Cook’s side. They will have to win the series without Trott, who left after the Brisbane Test and has now returned home.

In the wake of the defeat, Australia opener David Warner described Trott as “pretty poor and pretty weak”, but he quickly insisted he had no idea what Trott was going through.

Both England’s management and Lehmann have been quick to stress Warner was innocent in the incident but the Aussie coach insisted that his players, including Warner, had been warned.

He said: “I have spoken to David, and we have dealt with that in-house. He understands where the line is. I think he said himself he crossed the line. We know where we can go to a certain extent.

“If you cross that line, obviously the ICC [International Cricket Council] take over – and Cricket Australia.

“We want to play that brand that is quite hard and aggressive, as we always talk about – but not cross the line, play it fair. Obviously, we didn’t know what was going on with Jonathan Trott – and that certainly won’t be talked about in this Test match at all.

“We wish him all the best in his recovery.”