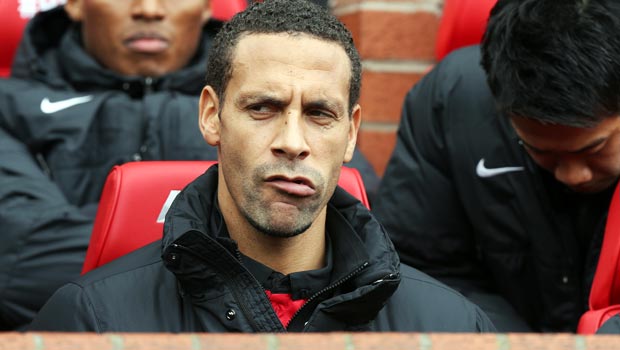 Manchester United defender Rio Ferdinand believes that the level of expectation on England for the World Cup in Brazil is correct, admitting the team have no chance of winning the tournament.

The former Leeds United and West Ham star is arguably one of the best centre-backs to have graced the game, and was an ever-present in the national side until announcing his international retirement in 2013.

England head into the tournament in Brazil with less pressure and expectation on their shoulders, something which Ferdinand insists was very different in the years he was involved on the international scene.

“It is so intense, the intensity is so much higher. There is not a spread of games over a few days like the Premier League,” he said.

“The golden generation tag upped the expectations because people expected us to win silverware. Personally, I think we had the players capable but never set up in the right way. It was a combination of things. The system was not right. I don’t think we played with freedom in an England shirt.”

Ferdinand, along with David Beckham, Steven Gerrard, Frank Lampard and Paul Scholes, were dubbed the so-called ‘golden generation’ with the crop of players at that time expected to win silverware in the major tournaments, only for the team to come up short time after time.

There is more of a realistic look towards England’s chances at the World Cup this time round, with many young players breaking into the squad the focus is more on future tournaments than the one in June, and Ferdinand believes that the reduced pressure will help the team to produce some good football in Brazil.

“We have an eye on the next tournament. This tournament with the players we have, we cannot expect to win. Quarterfinals for this young bunch of players would be a good step.”

England are big outsiders at 30.00 to claim a first World title since 1966, and many are doubting they will be able to make it out of the group stages with games against Italy, Costa Rica and Uruguay, and Roy Hodgson’s side are third favourites at 1.55 to qualify.