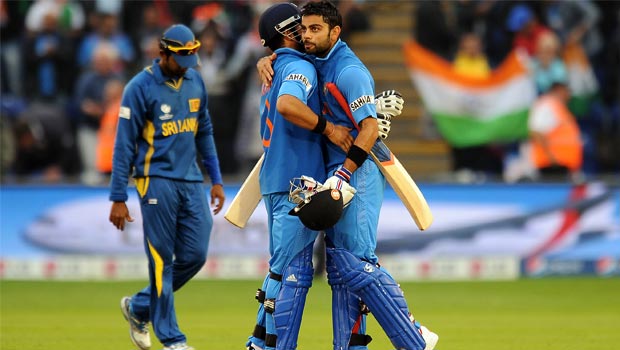 Virat Kohli admits the in-form Sri Lanka attack has the potential to cause his Indian side some major headaches when the pair meet in Sunday’s ICC World Twenty20 final.

Having won the World Cup and Champions Trophy in the 50-over format over the last few years, victory in Dhaka would give the Indians the full set and they are certainly demonstrating the form to take the win, with them currently 1.70 to succeed while the Sri Lankans are priced at 2.21.

Kohli was again the hero in Friday’s semi-final against South Africa as, after being set a competitive target of 173, the powerful batsman guided his team home with a superbly executed 72.

What was perhaps more telling about his innings was the maturity with which he built his way through his time in the middle, picking and choosing his moments when in the past he may have got himself out by trying to chase the score.

Sunday’s match has all the ingredients to be a classic, with both sides having the talent to smash their way to glory, while the marked improvement in Sri Lanka’s bowling attack over the last few years has given them a whole new edge.

Kohli, who is the 1.48 favourite to score the most runs in the final, admits his side will need to be at their best against Lasith Malgina’s men but says the win against South Africa has given them huge confidence ahead of the match.

“Sri Lanka’s bowling certainly has been pretty strong in this tournament,” he said. “They have some quality spinners and so it’s going to be a challenge for us.

“We are playing some good cricket and this victory certainly boosts our confidence before the final.”