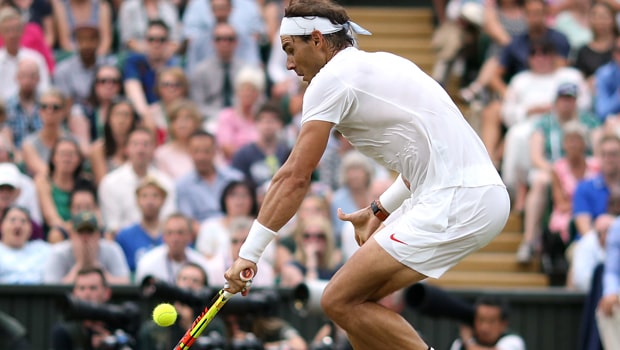 Rafael Nadal says he is happy with his game as he makes good progress at the Monte Carlo Masters.

The Spaniard is looking for his fourth successive title in the principality and is on course, having reached the quarter-finals.

He got there by defeating Grigor Dimitrov 6-4 6-1, breaking the Bulgarian’s serve four times for a comfortable win.

Having withdrawn from his semi-finals at Indian Wells last month due to a knee injury, Nadal is, so far, enjoying being back on clay courts as he builds up to the French Open where he is an 11-time champion as in Monte Carlo.

Having beaten Roberto Bautista Agut and now Dimitrov, Nadal now faces Guido Pella for a place in the last four.

Nadal said: “I am happy the way that I am playing. The first two rounds I played more than well enough to win. I had two confident scores against two good players.

“First matches after an injury, that’s always a tough thing to come back. At the same time, [we’re on a] different surface, on clay after almost a year. So that’s a good start for me on the clay court season.”

Novak Djokovic, top seed in Monte Carlo, is also through to the quarter-finals and the Serb faces Daniil Medvedev next with the winner facing either Dusan Lajovic or Lorenzo Sonego in the last four.

Nadal has now won 17 consecutive matches at the Monte Carlo Masters, his most recent defeat in the tournament coming against Djokovic in the 2015 semi-finals.