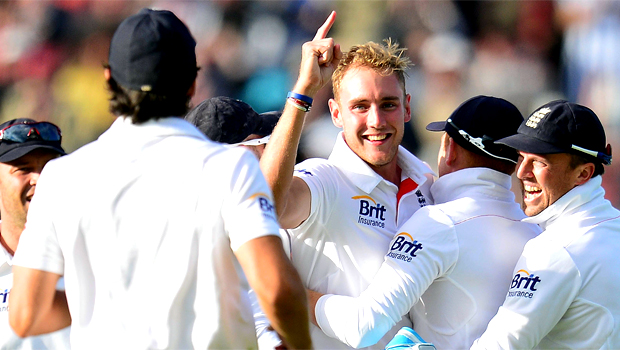 Brad Haddin says spirits are high in the Australian camp ahead of the fifth Test and there is a belief that England can be beaten.

England lead the Ashes series 3-0 going into the Oval Test but Haddin says there have been plenty of encouraging signs from Australia and hopes they can put it together and take a consolation win.

After snatching defeat from the jaws of victory at Durham in the fourth Test, you could be forgiven for believing the Australian camp is down in the dumps, but Haddin says that is not the case.

“There’s a lot of belief in the changing room that we can win this last Test,” he said. “We’ve been in a position over the Tests to put ourselves in a position to win, we just haven’t been good enough in the big moments.

“England deserve to be in the position they are, 3-0 up, but it’s up to us to build on the good things we’ve done and put it together over five days rather than just in patches.”

Meanwhile, Haddin is also optimistic that all-rounder Shane Watson will be passed fit to play after recovering from a groin injury that he picked up on day four of the fourth Test.

Watson has been struggling with the bat throughout the series but has proven to be miserly with the ball and will get the nod if he is passed fit.

“He’s been bowling today and came through that all right, and he did all the running unassisted which is a good sign,” Haddin admitted.