Boxing: Cleverly weighs up next move 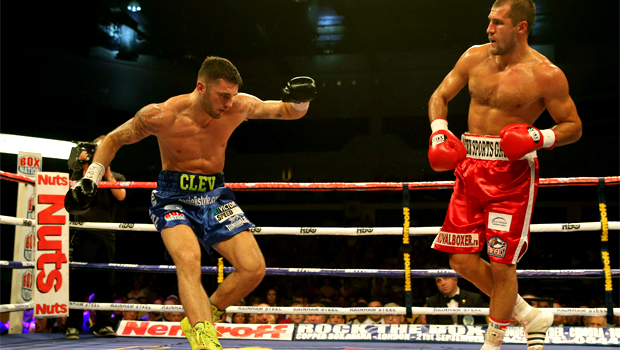 Nathan Cleverly says he plans to take a break from boxing and could quit the sport following his defeat by Sergey Kovalev on Saturday.

The 26-year-old suffered the first defeat of his career when he surrendered his WBO light-heavyweight title to the Russian at the Motorpoint Arena in Cardiff.

The Welshman could not cope with Kovalev’s power and lasted just four rounds, to leave his dreams of a fight with American legend Bernard Hopkins in tatters.

The mathematics degree graduate says he will go away and try come to terms with the defeat, before deciding what path to take next.

“I’ve had two fights in a row now and I haven’t really had a break and bounced straight back into this one – and it’s been a long training camp,” he revealed.

“So it’s just time to have a normal life for a bit, maybe just have a couple of months just resting and enjoying myself and leaving it to my inclinations to guide me, really.

“See what my desire is, if I want to continue. Am I going to stay at light-heavy? Will I continue boxing? Do I want to find something else to do in life? It’s a matter of having a break and letting my inclinations guide me.”

Cleverly was twice knocked down in the third round and says it felt like he was being hit with a hammer, such was the power of Kovalev’s punches.

“I suppose I wasn’t surprised because with his record it was inevitable that he was a banger and every shot he threw was a thudding shot. It was like a hammer,” he added.