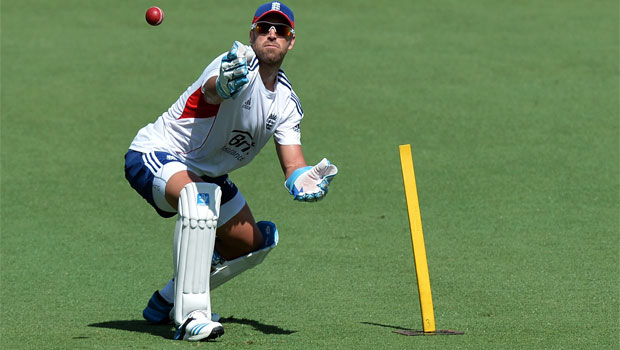 England are set to make a last-minute decision on whether Matt Prior can play in Thursday’s first Ashes Test after another day of practice in Brisbane.

Prior was rated as doubtful for the Gabba showpiece after injuring his calf while batting in the warm-up match in Hobart and Jonny Bairstow has deputised behind the stumps ever since.

The Yorkshireman is in line to play should Prior not make it but signs have been good this week with the Sussex glove man giving the thumbs up after a session earlier in the week.

He was again put through his paces on Wednesday, with a net session and wicket-keeping drills and there appeared to be no ill effects from his training.

The first encounter of what should be a fascinating and close-fought Ashes campaign is now less than 24 hours away and having Prior in the line-up would be a massive bonus for skipper Alastair Cook.

But the captain admits that they will have to wait to see how the 31-year-old’s body reacts to the work-out before deciding whether or not he is good to go.

“He has the last part of his fitness test to go, came through all we asked of him yesterday and trained really well,” he said. “With these leg injuries, it’s normally how they pull up the next day.

“When you’re getting close to fitness, how you pull up after a strenuous session gives a really good indication.”

England are favourites to win the series, having claimed the last three Ashes contests, but, with home advantage, the Aussies have been tipped to run the tourists extremely close throughout the five Tests.