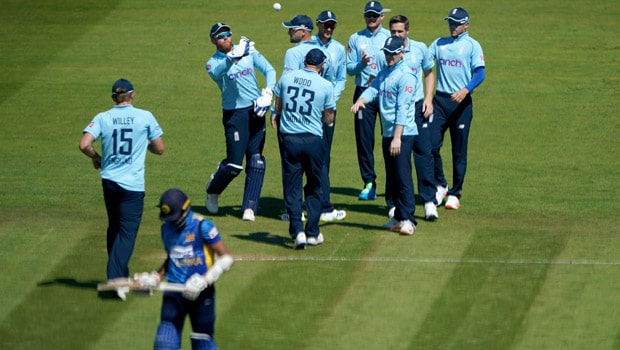 England emerged victorious after they beat Sri Lanka by five wickets in the first one-day international, as they lead the three-match series 1-0. England’s win was largely due to efforts by Joe Roots who made an unbeaten 79 from 87 balls. Chris Woakes also helped the English side with 4-18, as he reached 150 ODI wickets, while David Willey made 3-44.

The match started on the right foot for England after Johnny Bairstow made 43 from 21 balls after captain Eion Morgan won the first toss. That gave Root and Moeen Ali (28) the momentum they needed as they performed even better.

Sri Lanka, however, played a good game, with their captain Kusal Parera making 73 while Wanindu Hasaranga assisted with 54, with both sharing 99. But that was the only highlight of their day, and when the two players were in a tight fix, Sri Lanka lost four wickets for seven runs. Ali was later bowled out by Dushmantha Chameera, leaving Sam Curran to help Root find a befitting end to what had been a good game for England.

This loss is coming after Sri Lanka recently lost 3-0 to England in a T20 Series that recently concluded. The fact that Sri Lanka was missing three key players, Kusal Mendis, Niroshan Dickwella, and Danushka Gunathilaka, who were sent home after flouting covid-19 regulations, only worsened their situation.

After the match, Woakes, who won player of the match, said, “I felt good today, it is always nice to get a couple (of wickets) early. I try to assess conditions early, and work out what it is best to do on the wicket, while taking wickets. I just try and make it as hard as possible for the batter on that wicket.”

England now leads the series 1-0 as they play their next match on Thursday.