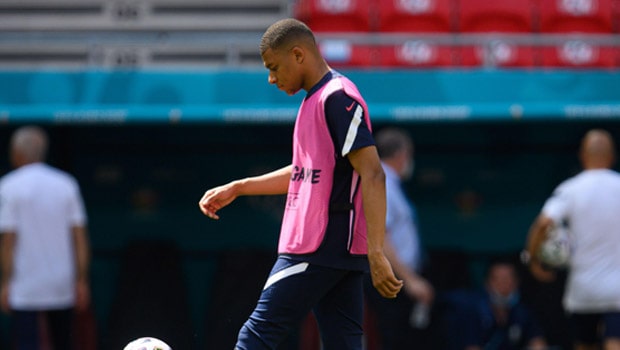 France striker Kylian Mbappé has tendered a heartfelt apology to the fans after missing the penalty that exited Les Bleu’s crash out of the Euro 2020 round of 16 in a shoot-out with Switzerland.

The Swiss had held the world champions to a 3-3 draw in regular time at Budapest on Monday night. The defeat stopped Les Bleus’s ambitions of setting another record after their triumph at the 2018 World Cup. France had won the 1998 World Cup and followed it up with success at the Euro 2000.

The game got into penalty kicks after nothing could separate both teams in the six-goal thriller.  The Swiss had scored all their five penalties, and the PSG talisman is France’s fifth taker. Their push for another continental title went up in smoke after he failed to beat Yann Sommer, who dives to the right push out his kick, and the Swiss proceeded to the quarter-finals to play Spain.

The French would also have themselves to blame after failing to see out a game they came from behind to lead 3-1.  Haris Seferovic put Switzerland into a shocking lead in the 15th minute as France couldn’t find its rhythm in the first half. It could have even worsened if Switzerland had scored the penalty awarded to them after VAR consultation.

A few minutes later, Karim Benzema changed the ties with a scintillating double within four minutes, and France got on the driving seat through an imperious curler from Paul Pogba in the 75th minute.

The Swiss began their comeback when Seferovic completed his brace with another header from a sumptuous cross from Kevin Mababu before substitute Mario Gavranovic turned PSG stopper Presnel Kimpembe on the edge of the area to restore the parity after his shot beat Hugo Lloris low to his right on the dot of the last minute.

Mbappe then left the pitch devastated after missing his kick. He took to his social media page, saying it was tough to turn the page.  While expressing his sadness at the situation, he apologized for losing the penalty. Mbappe also failed to score a single goal in the competition.