England Cricket: End of the line for Pietersen 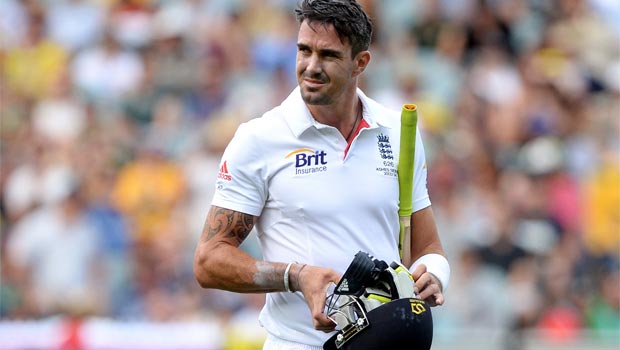 Kevin Pietersen has made plenty of headlines for his actions on and off the field but now the world-class batsman’s time in an England shirt has come to an end.

After being omitted from the England ODI and Twenty20 squads that will travel to the Caribbean for a series against the West Indies ahead of the Twenty20 World Cup next month, Pietersen has decided to call time on his career with the national side.

Sadly for the 33-year-old, who ends his career as England’s all-time leading run scorer in all formats, his final acts in a shirt with the Three Lions on it was being part of a side who suffered a 5-0 Ashes series defeat to Australia.

The tour Down Under has seemingly claimed more than just Pietersen’s career, with spinner Graeme Swann retiring and batsman Jonathan Trott returning home early due to a stress-related illness.

The South Africa-born batsman has admitted it was a tough decision to end his spell with England but is keen to look back on his somewhat controversial spell with the national side with fond memories.

The statement read: “Playing cricket for my country has been an honour. Every time I pulled on the England shirt was a moment of huge pride for me and that is something that will live with me forever.

“Although I am obviously very sad the incredible journey has come to an end, I’m also hugely proud of what we, as a team, have achieved over the past nine years.”

Pietersen says he will continue playing cricket away from the national stage, suggesting that his fans will still get to see him potentially featuring in IPL, Big Bash and possibly English domestic cricket.