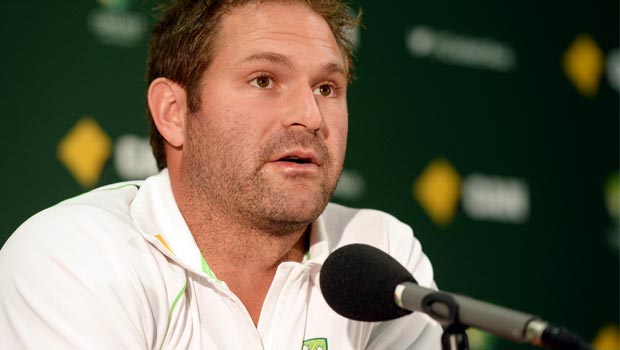 Australian fast bowler Ryan Harris is expected to be out for six months following a knee operation, although he believes his Test career is far from over.

Harris, 34, played through the pain barrier to spearhead Australia to a dramatic 2-1 series victory over South Africa in Cape Town last week.

But the Ashes hero, who has struggled with injuries throughout his career, now faces a long road back to fitness after undergoing surgery on Tuesday.

“Ryan will be on crutches for a few weeks and we expect a long rehabilitation period,” said Australia physiotherapist Alex Kountouris.

“Hopefully he will be fit to play against Pakistan [in October].”

Harris’ injury record had been woeful until recently when he had featured in 12 consecutive Test matches.

He claimed seven wickets in Cape Town to help Michael Clarke’s side seal the series win and now has 103 wickets at an average of 22.56 in 24 Tests.

Australia play two Tests against Pakistan in October, likely to take place in the United Arab Emirates, followed by a four-Test series at home to India later in the year, and Harris is determined not to miss them.

“It’s not a new knee, but it feels like a new knee,” he said after the operation.

“It’s nowhere near my career (being) over. I did this to play longer, more than anything.

“My knee is bit more damaged than the last time they went in a few years ago, but it’s still a good knee. And with what I put up with over the last few weeks, I can probably put up with just about anything now.”

Australia now head into the ICC World Twenty20 competition as the 4.00 favourites in the outright betting to prevail in Bangladesh.