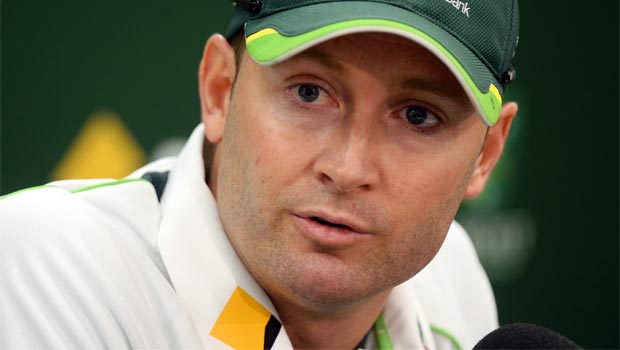 Australia skipper Michael Clarke could not hide his delight after Mitchell Johnson ripped through South Africa in a convincing first-Test win and warned the world’s top-ranked team that there is still more to come.

Johnson earned the Man of the Series award for his systematic destruction of England in the recent 5-0 Ashes whitewash but many pundits thought he might not fare so well in South Africa.

However, he has underlined his credentials as arguably the world’s best fast bowler in the opening game of a three-match series against the Proteas, following up his seven-wicket haul in the first innings with five in the second to finish with Test-best figures of 12 for 127 at Centurion.

Graeme Smith’s men simply had no answer to his pace and accuracy, and Clarke is predicting it will get worse for the home side in the remaining two Tests.

“I don’t know what South Africa are feeling at the moment. I do know there is not one cricket lover around the world that doesn’t know Mitchell Johnson is bowling at 150ks and executing his skills better than any other bowler in the world,” Clarke said.

“Whether you play the game or watch the game, you know. They have seen it against England. He showed it here again in different conditions.
He’s bowling fast.

“He’s the fastest bowler in the world at the moment, there’s no doubt about it, but his execution and his skills. It’s amazing skill to be able to bowl fast but it’s being able to hit that mark as often as Mitchell is. That’s class, that’s world class.

“Mitch has got the right attitude. He wants to get better, he thinks he can improve.”

There is not long for the home side to try and come up with a solution to combat Johnson’s bowling as the second Test gets underway this Thursday at Port Elizabeth.