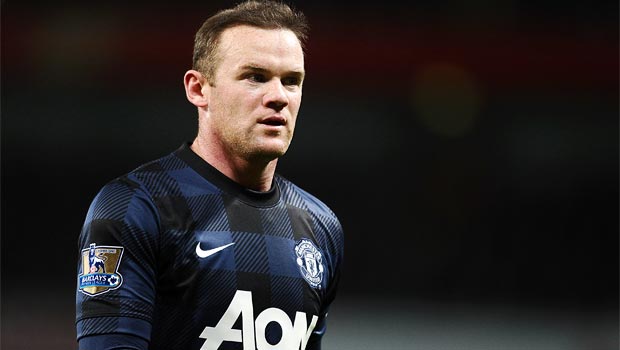 To say Manchester United’s season has not gone according to plan would be something of an understatement but there is seemingly good news on the immediate horizon concerning a new deal for Wayne Rooney.

There has been plenty of speculation over the future of the England ace, with Jose Mourinho linked with a move last summer – talk which resurfaced in January, although United have always maintained that they would not be tempted into selling.

On the pitch, things have gone disastrously wrong for the Premier League champions as they have a massive task in trying to salvage their season with a Champions League place, let alone successfully defend their title.

David Moyes’ side currently lie in seventh place in the table, 11 points behind Liverpool in fourth and 15 behind league-leading Chelsea.

Everton and Tottenham also stand between the Red Devils and a Champions League place so another season in Europe’s elite competition is becoming increasingly distant.

Captain Nemanja Vidic has confirmed he will be leaving Old Trafford in the summer with many expecting Rio Ferdinand to also be on his way, and there had been fears that Rooney would be looking to desert the sinking ship.

However, the latest reports have suggested the 28-year-old is on the verge of putting pen-to-paper on a new contract which would see him remain at the club until 2019.

Although the finer points of the deal have yet to be finalised, it has been reported that an outline agreement has been reached, with Rooney set to net a whopping £300,000-a-week – the biggest deal in Premier League history.

Moyes is certain to be busy in the transfer market in the summer, both buying and selling, but would have been loathe to lose the club’s star asset.

Rooney’s potential new deal can only be a good thing for the under-pressure United boss, allowing him to focus on targets to support the star striker as they look to bounce back next term.

Moyes does still have the Champions League to play for this season, with United installed as 1.220 favourites to qualify for the quarter-finals at the expense of 4.120 shots Olympiakos, although there will be few – if any – taking the price of 16.00 of United going all the way.