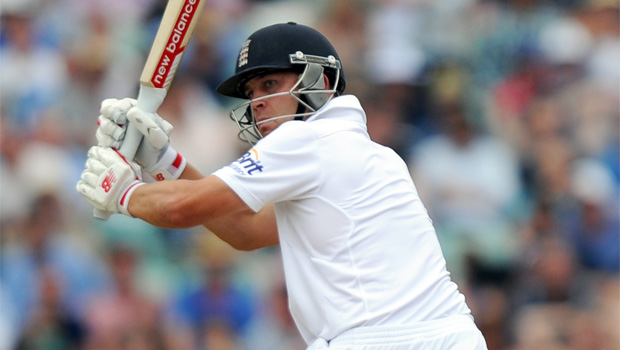 England batsman Jonathan Trott insists he is unconcerned by Australian taunts about his technique and has made it clear he is well up for the upcoming Ashes fight.

The 32-year-old will be part of the England touring party that is set to head Down Under in November for five Tests against Michael Clarke’s men. They will be looking for their fourth consecutive Ashes success, following last summer’s 3-0 triumph on home soil.

Trott scored heavily on England’s last venture to Australia in 2010-11 with two centuries, but he failed to hit the heights in the last Ashes series with a best score of just 59 in the five matches.

The Warwickshire man is known to have a leg-side bias and usually scores heavily in the area between square leg and mid-wicket, and the Aussies attempted to cut off his supply of runs in England by posting extra fielders in those positions.

A few of the Baggy Green bowlers have been stoking the fire ahead of this winter’s renewal by suggesting that they now have the measure of Trott.

But the South African-born ace has shrugged off the criticism and claims that it is just par for the course.

“If you don’t have a successful series it’s always going to be determined that they’ve worked you out,” he said. “People like to hype and build up scenarios and battles between players.”

There is expected to be plenty of sledging by both sets of players over the five games as the Aussies try to break England’s stranglehold on the famous little urn.

But Trott has made it clear that he will not take a backward step and is relishing the expected verbal sparring.

“I don’t go out there looking for it,” he added. “If it presents itself I don’t mind getting stuck in. I quite enjoy it.”