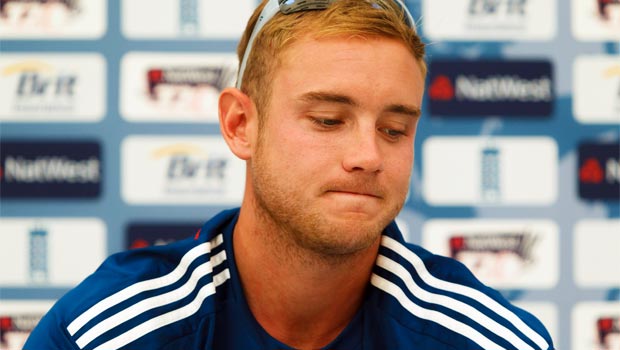 Stuart Broad has said England are determined to finish a difficult tour of Australia on a high by completing a Twenty20 series win.

England were thrashed 5-0 in the Ashes, and things did not get much better as they went down 4-1 in the One-Day International series.

England now have a chance to salvage some pride in the shortest form of the game when they take on Australia in a three-match series, which begins in Hobart on Wednesday.

Broad, who will skipper the side, is one of five players who have remained in Australia throughout the three months, and he is determined to finish on a high.

The series takes on even more importance with the ICC World Twenty20 less than two months away, and Broad says there is everything to play for.

“England cricket has been through a tough three months,” he said. “There is a lot of hurt players because we have not done ourselves justice on the field.

“There is a real hunger in this group to finish this tour well.

“Australia have had the better of us for three months and for the five guys who have been involved in all three squads it has been a really tough time for us.

“We have an opportunity in a strong team to leave this tour with a little bit of happiness.

England are 8.50 to win the World Twenty20, which will take place in Bangladesh, while Australia, who are two places below England in the rankings, are 6.00 second favourites, just behind India (4.30).