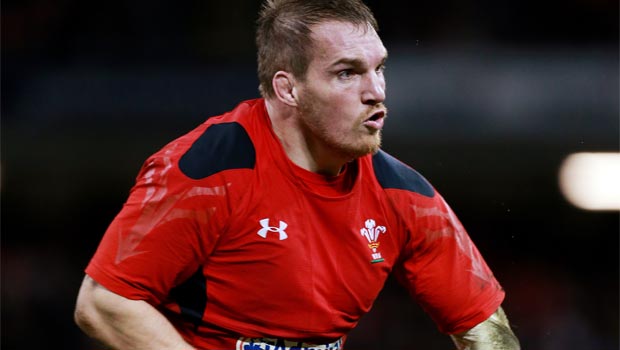 Wales will be without the injured Gethin Jenkins when they kick off their RBS 6 Nations campaign against Italy on Saturday.

The 33-year-old is still battling back from the knee injury he picked up while playing for Cardiff Blues in the Heineken Cup back on January 11, and although he is making good progress, this weekend’s game will come too soon for him.

Wales do have options though with either Bath’s Paul James or Ospreys’ Ryan Bevington set to come into the side.

“Gethin is progressing, but I wouldn’t say he is imminent to play yet,” Wales defence coach Shaun Edwards confirmed.

“He is a very experienced player for us, but it is one position where we do have a lot of cover with Paul James’ form for Bath and Ryan Bevington’s form has been outstanding.”

There is some better news for Wales though as captain Sam Warburton has recovered from the shoulder problem that has kept him out since November and should take his place.

It would mean the open-side flanker returning ahead of schedule, and although the injury still has to be assessed, he has a good chance of playing.
“His date to get back playing is next week, not this week,” said Edwards.

But he added: “Sam is one of those players who is so fit he can come straight back into the game. He can potentially play without a warm-up game, but having a warm-up game is an option.”

Wales are joint favourites with England at 3.00 to win the RBS 6 Nations, while Saturday’s opponents Italy are the 101.00 outsiders.