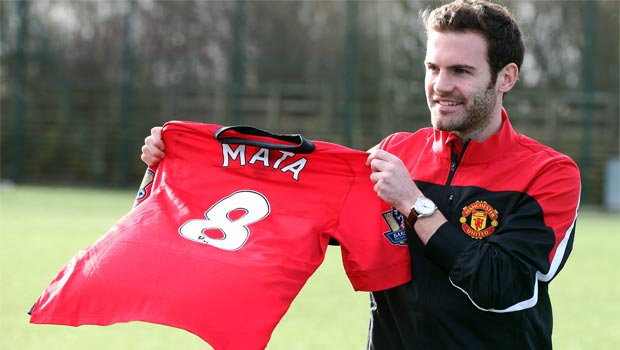 Juan Mata has refused to rule out the possibility of Manchester United winning the Premier League title this season after completing his £37.1million move from Chelsea.

United are way off the pace in the race for the title following a disappointing start to life under David Moyes, but Mata is not giving up hope just yet.

The Reds currently sit in seventh position, 14 points behind leaders Arsenal, and even though many have written them off, including Chelsea boss Jose Mourinho, Mata says they have got what it takes to fight back.

Mata says United’s never-say-die spirit was one of the reasons he opted to move to Old Trafford and believes they can show that again between now and the end of the current campaign.

“What I like the most about this club is the character. I think if another club were in this position in the league, I think it would be very difficult to come back and take first position, but this club can do it.

“This is the real image I have from Man United, always fighting to win titles, always coming back from difficult moments.

“The team is really good, the squad is really good. This season they have had some unlucky moments they didn’t deserve. Hopefully from now until the end of the season we will win as many games as we can.”

Mata is in line to make his debut against Cardiff City on Tuesday with the Reds available at 1.25 to pick up the three points, with Cardiff 10.87 and the draw 6.33.