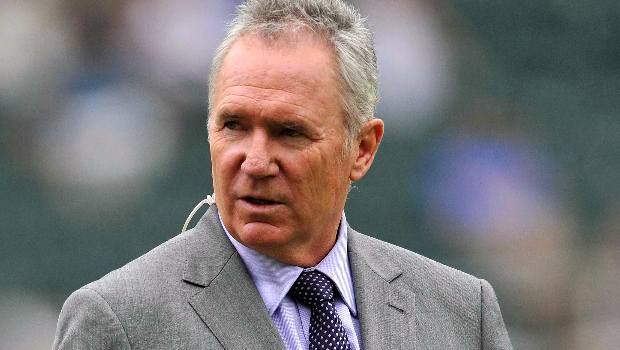 The Baggy Greens find themselves 2-0 in the five match series and although the first Test at Trent Bridge was a tight encounter, the comprehensive 347 defeat at Lord’s exposed glaring weakness in the Australian side.

Border admits he is particularly worried by the form of opener Shane Watson, who has struggled so far in Nottingham and London.

Watson’s biggest score so far in the Ashes is 46 and three of his dismissals have been lbw after failing to cope with England’s swing bowling.

Opening partner Chris Rogers has done slightly better and scored 50 in one of his four innings but he has also shown his frailties and was given out cheaply at Lord’s.

Meanwhile Ed Cowan was dropped following the first Test and his replacement Usman Khawaja was out cheaply at Lord’s in the first innings.

He then settled down and posted an improved half-century to be one of very few highs in the second innings, but it couldn’t mask a poor batting performance overall.

Australia’s tail, rather unusually, is currently averaging more than their top four, with Ashton Agar posting a top score of 98 despite coming in at No.11.

Border admits the problems need to be addressed before the Series is over, starting with the third Test at Old Trafford next week.

He told Cricket Australia: “Our major concern right now is the performance of the top six. I could honestly say the nine, 10 and jack looked more competent than our one, two and three.

“If that was me in the top three I’d be embarrassed. We need to settle on our best 11 and stay with it. I’m a believer in the pick and stick method, so we need to find our best 11 suited to the conditions and stick with it.”