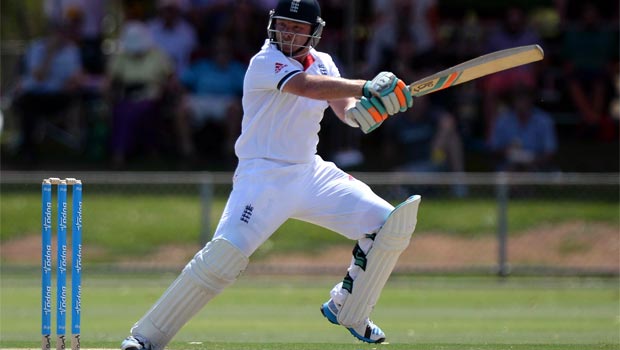 England batsman Ian Bell has offered to replace Jonathan Trott at No.3 for England as they prepare to face Australia in the second Test in Adelaide.

The tourists will have to rearrange their batting line-up for the second match against the Baggy Greens, which gets underway on Thursday, after Trott left the tour with a stress-related illness.

Bell, who currently bats at five, has played 21 times at No.3 for England, and is willing to move back up the order for his country.

Speaking after England’s final warm-up game against a Cricket Australia Chairman’s XI, Bell said: “We’ve spoken about it, and obviously I’ve said I’m absolutely willing to go to No 3.

“That decision is probably out of my control – we’ve got a number of options – but absolutely I’ll put my hand up. We’ll soon see.”

England captain Alastair Cook and the selectors have a difficult decision to make when it comes to the team make up. Gary Ballance has done everything he could to impress, after scoring a half-century on day one of the drawn match against the Cricket Australia Chairman’s XI. Fringe spinner Monty Panesar also starred, picking up three wickets on day two.

Bell was quick to praise Ballance, who could go straight in at No.3 in Adelaide with Bell remaining in his current spot in the team.

He said: “Gary Ballance has done really well, batting for a long period on a wicket that was not easy to score runs fluently.

“We want guys who are going to bat long periods of time in this series, so he showed some good character.”