Ashes Cricket: Bairstow sure of victory 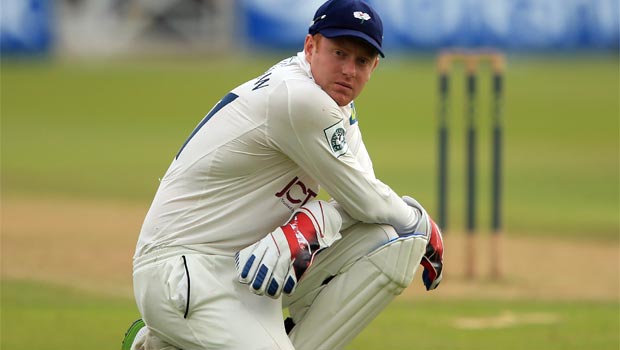 England wicket-keeper Jonny Bairstow is confident that the tourists can pull off a win against Australia heading into the penultimate day of the fourth Ashes Test.

The visitors were blown away by the Aussies on the third day, bowling Alastair Cook’s side out for 179 in their second innings, giving the newly-crowned Ashes-winning side a target of 231 to go 4-0 up and keep the hopes of a series whitewash alive.

Nathan Lyon was the pick of the bowlers for the home side, taking 5-50 in what was once again a similar story for England, with lapses of concentration and poor shot selections resulting in the low score.

Australia, who ended the day on 30-0, need only 201 more runs to win the Test over the course of two days, whilst Cook’s side require 10 wickets to claim what would be an unlikely win.

Despite the uphill task facing the England side, Bairstow is still confident that the team can claim victory despite being outplayed throughout the series so far.

“We’ve got to look forward to tomorrow and how we are going to take those 10 wickets before they get 200 runs,” he said.

“The guys are talking about how that’s going to happen tomorrow and [with] the plans that are formulated tonight, tomorrow and [have been] in the past when we’ve played them, I’m sure we’ll come up trumps and we’ll be able to take those 10 wickets.”

England did manage to bowl out Australia in the first innings for 204, with James Anderson in a return to form, taking four wickets, and Bairstow believes that this will give the team confidence going into day four.

“It’s going to be tough, but we’ve seen in their first innings that they’re chasing a score that they haven’t yet achieved in the game,” he added.