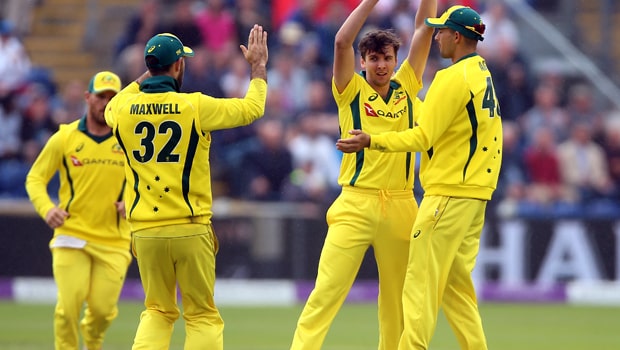 Australia have been dealt a blow ahead of this summer’s Cricket World Cup after fast bowler Jhye Richardson was ruled out of the tournament due to injury.

The 22-year-old has failed to recover from a shoulder issue and will not be ready to play in Australia’s opening game on June 1.

Cricket Australia tried to give the right-hander more time, but they confirmed on Wednesday that he will now stay and work with the physios.

Richardson dislocated his shoulder against Pakistan in March and has now been replaced in the squad by Kane Richardson.

Despite his injury, Richardson is hoping to be ready for Australia A’s tour of Britain and eventually the Ashes, but he admits he is gutted to be missing the World Cup.

“It hasn’t been that easy to accept; World Cups don’t come around every day,” Richardson said on Wednesday.

“It’s been tough, but I’ve got the right people around me. I honestly thought I could get up [be fit] and I was determined to do everything I could.

“Absolutely it helps a lot knowing there’s something just as big [the Ashes] around the corner. To have that to aim for puts a lot of clarity in my mind that playing for Australia is what I want to do.”

Australia are 4.50 to defend their title and must come through nine group games before they can start dreaming of more silverware.

They will start the tournament in Bristol against Afghanistan before concluding on July 6 against South Africa in Manchester.