Matt Wallace hoping to cement his place in history 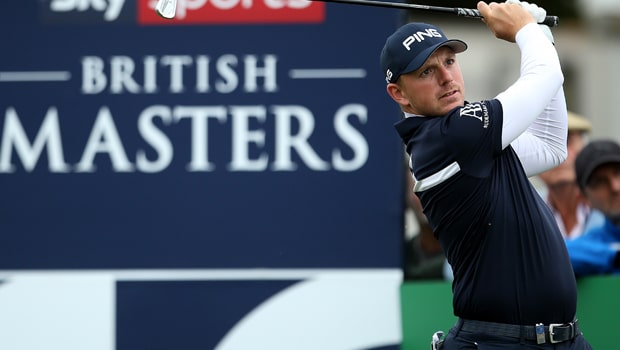 England’s Matt Wallace says he will do all he can to win his first British Masters crown as he tries to add his name to a prestigious list.

The 29-year-old has enjoyed a decent 2019 so far after qualifying for the Masters in April. He finished second at the Omega Dubai Desert Classic and tied sixth at the Arnold Palmer Invitational before then missing the cut at Augusta National.

A number of Europe’s biggest names have decided to skip the tournament and Wallace admits their decision has disappointed him.

The Hillingdon-born star is the second highest-ranked player in the field at Hillside and is only focused on victory this week. Sir Nick Faldo, Greg Norman and Seve Ballesteros have all won the tournament in the past and Wallace is hoping to host the event one day, with Eddie Pepperell doing the honours in 2019.

“I see the British Masters probably just behind the BMW PGA Championship in the rankings for myself, so this event is huge,” he told Sky Sports.

“They have done a great job in getting the players here that they can. I would say it’s come at a time that’s unfortunate in the schedule, with the PGA Championship next week, but I would never miss this event.

“I think if we can try to carry on the British Masters, it’s such a big event, then maybe make it a Rolex Series event or something and get people back.

“It [the event] means so much to some players, it definitely does to myself and it will to Eddie and to Tommy (Fleetwood). Hopefully somewhere down the line I can emulate that and copy what he’s done and hopefully have a Matt Wallace British Masters.”

Tommy Fleetwood is 8.50 favourite to win the tournament, while Wallace is 23.00 to get his hands on the trophy.