Usyk vs. Joshua and Usman vs. Edwards set to take place this weekend 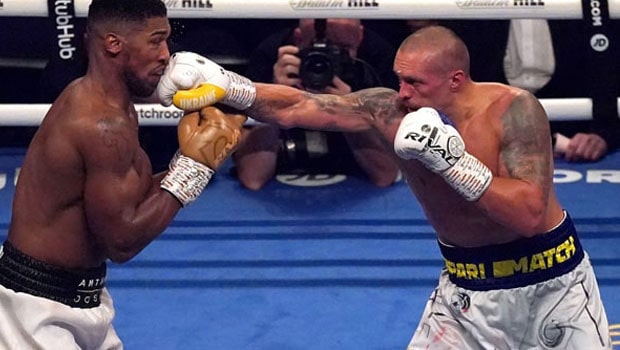 This weekend is going to be a big one for lovers of boxing and MMA as we have two very exciting fixtures that are sure to shake up the world.

Coming up first, we have the heavyweight boxing rematch we have been anticipating for a long time now. Oleksandr Usyk would defend his heavyweight titles against former champion Anthony Joshua. Joshua lost the WBO, WBA, and IBF heavyweight titles to Usyk last year when he was defeated by a unanimous decision. 11 months later, the British boxer is back and is threatening revenge as he has promised to reclaim his aggressive side, which he said brought him far during his early days.

During the press conference on Thursday, Joshua made it known that he cannot afford to lose this rematch and that he was going to come out victorious. Usyk, on the other hand, said he was going to continue from where he stopped in the last fight: “I don’t think it’s going to be a ‘new’ bout. The last bout will be continued for rounds 13, 14, 15, whatever it’s going to last.” That is simply to say that the Ukrainian intends to repeat what he did last year.

But we are hoping that this time around, we get to see a knockout as the winning move.

In the UFC world, this weekend is UFC 278, and welterweight champion Kamaru Usman (20-1) would, once again, defend his title. This time, his opponent would be Leon Edwards, a man who he has defeated before. With five successful title defence matches spanning almost three years, Usman has made it clear that he does not plan on letting go of the title any time soon. This weekend may not be any different, especially as he faces someone he once defeated.

The first fight happened in 2015, and a lot has changed since then. For Edwards, that was his last professional loss as he has remained undefeated since then. Besides the title on the line, there is a lot at stake in this fight. Both fighters have maintained a winning streak since then, but this weekend, someone would have to fall. But Usman has proven that he is capable of defeating a person two times, but whether he can do that this weekend remains to be seen.