Tyson Fury: I won the fight

Posted by Vincent Henderson on December 2, 2018 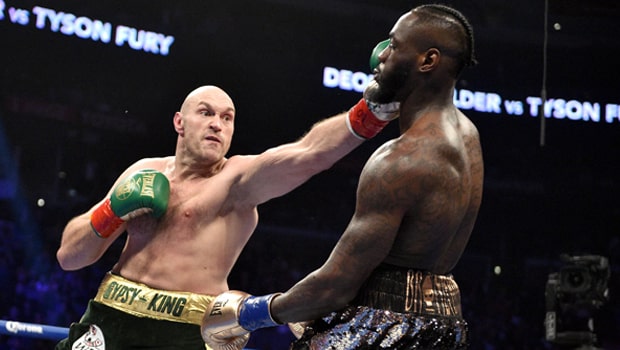 Both fighters put on a real show in what was one of the most thrilling heavyweight contests for years, but a winner could not be determined as the bout ended in a draw.

The judges could not separate the pair, with Robert Tapper scoring 114-110 in Fury’s favour, while Alejandro Rochin backed Wilder for victory at 115-111 and British judge Phil Edwards went with a 113-113 draw.

Fury was floored twice – in the ninth and the 12th rounds – but his impressive work throughout the contest gave the impression he had done enough to come away with the win.

However, neither boxer could pick up the win although Fury is adamant he did enough.

“We’re on away soil. I got knocked down but I still believe I won the fight. I’m showing total professionalism,” he said.

“The Gypsy King has returned. I’m a professional athlete who loves to fight. He is a fearsome fighter. The world knows the truth.”

Wilder also thought he had done enough to be crowned the winner and he is already excited about the prospect of fighting Fury for a second time.

“I don’t know if [a rematch] will be my next fight but would love it to be. We need to do it again,” he said.

Speaking about the fight, promoter Frank Warren said on BT Sport Box Office: “It is a draw but everyone knows [Fury] won it and we will want to do a rematch. How could a fight like this not be a rematch? It is unfinished business.

“In Britain that is an 80,000 job. Vegas will be drooling for this. When was the last time you saw a great fight in the USA.”