Posted by Vincent Henderson on September 19, 2017 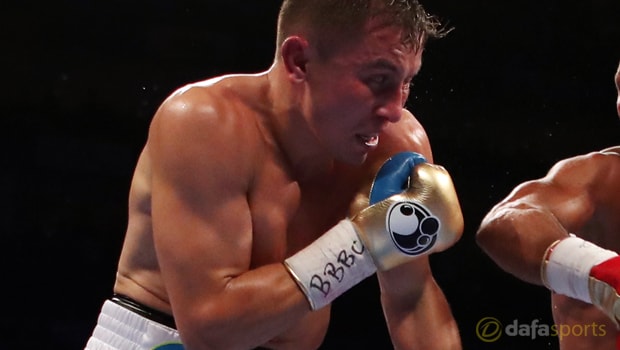 Gennady Golovkin’s promoter, Tom Loeffler, has admitted the middleweight king is looking to secure a rematch with Saul ‘Canelo’ Alvarez following their draw on Saturday night.

The duo met at the T-Mobile Arena in Las Vegas and many fans ringside thought the Kazakhstan star had done enough to win on points.

However, judge Adalaide Byrd controversially scored the fight 118-110 in Canelo’s favour and that cancelled out Dave Moretti’s score of 115-113 for GGG.

Don Trella scored the fight a draw and a rematch is now on the agenda after a controversial evening last weekend.

The Mexican holiday of Cinco de Mayo on May 5, 2018 is the likely date but Loeffler admits his client cannot afford to wait around for his rival.

He told Sky Sports: “Gennady wants to fight before May but, if they commit to a rematch, we’ll have to see if that makes sense.

We can’t put Gennady’s career on hold but [a rematch] is the priority.

“Gennady wants a rematch because this left an unsatisfied taste.

Canelo said he won’t fight until May but we have to see if he wants a rematch.”

A number of venues are already being discussed, with the AT&T Stadium in Dallas and Madison Square Garden in New York both possibilities.

However, Loeffler admits another fight is not out of the question but he concedes the judging panel will need to be much stricter.

He added: “We wouldn’t be hesitant about coming back to Nevada but we’d be more selective with the officials that were assigned.

[Byrd’s] scoring system doesn’t fit GGG’s style so that gives an argument not to have her involved.

“I can’t blame Vegas. [Trella], who scored a draw, was from the east coast and we’ve had no problem with him before. The referee Kenny Bayless did an excellent job.”