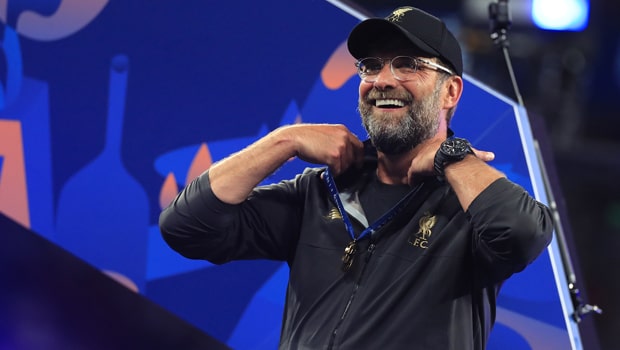 Liverpool boss Jurgen Klopp has paid tribute to Daniel Sturridge and Alberto Moreno after it was confirmed the duo will be leaving the club this summer.

England international Sturridge has been with the Reds since joining from Chelsea in January 2013 and scored 67 goals in 160 appearances during his time at Anfield, with his most productive season coming when Liverpool narrowly missed out on the Premier League title in 2014.

Full-back Moreno has spent the last five years on Merseyside, amassing over 141 appearances, but both players have seen their game-time diminish over recent seasons.

Despite falling out of favour under Klopp, the German has still been quick to talk up the qualities of the departing duo and he thinks it is fitting that they leave as European champions following Liverpool’s 2-0 victory over Tottenham on Saturday.

“The most important words to say to these two remarkable players is ‘thank you’,” Klopp told the club’s website.

“I wish both players nothing but success and joy wherever their journey takes them next. Whoever has them next will be so lucky to have these outstanding personalities in their ranks.

“We will miss them of course, but we can say farewell with the best words possible: Guys, you leave as European champions.”

Sturridge and Moreno may not be the only departures from Anfield this summer as Klopp looks to tinker with his squad following their Champions League success and second-place finish in the Premier League.

Winning the domestic title seems to be Liverpool’s main priority heading into next season – it will be 30 years since they last claimed top-flight glory come the end of the 2019-20 campaign – and they are priced at 3.60 to come out on top next term.