Posted by Vincent Henderson on September 23, 2017 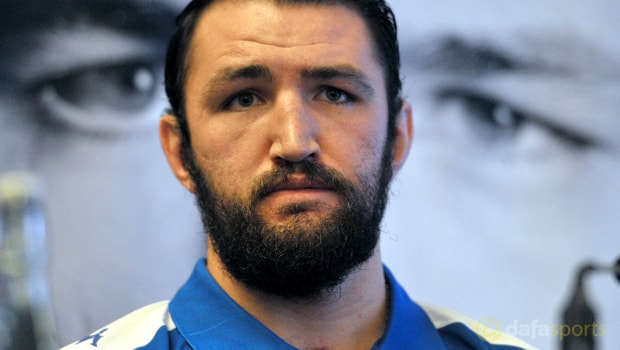 Hughie Fury has promised to make Manchester proud and bring joy back to the city when he goes up against Joseph Parker for the WBO heavyweight title.

Hughie, who is the cousin of former world heavyweight champion, Tyson Fury, will make his first appearance in the ring in 17 months after he was struck down with a skin condition that was poisoning his blood.

The 23-year-old has been speaking about his recovery and he insists everything is now sorted, enabling him to train to full capacity and get back in the ring for a shot at the belt.

“I had a skin condition which was poisoning my blood and over the years it has got worse and worse,” he told AFP.

“But I’ve had it sorted for a year now. I took medication for six months and it’s just gone now. I’ve been able to build up muscle and body weight.”

Saturday’s bout in Manchester will be the first boxing event at the indoor area since a terror attack killed 22 people and injured dozens more following the end of a concert by pop star Ariana Grande on May 22.

Fury, who has won all of his 20 previous fights, is looking forward to the contest and he wants to bring some joy back to the city by winning the title from Parker.

“That night is going to be an important night and it means a lot to me,” he added.

“My heart goes out to the families and on September 23 I’m bringing that belt back for them, bringing some pride and joy back to Manchester.”