Posted by Vincent Henderson on September 17, 2017 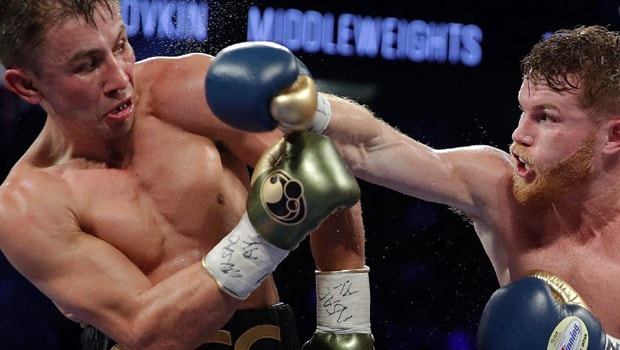 At the end of a closely fought bout, the three ringside judges came up with entirely opposing opinions – one judge scored it 118-110 for Alvarez, another 115-113 for Golovkin and the third a 114-114 draw.

It meant that the Golovkin, 35, retained his titles and remains unbeaten in 38 fights, while Mexican Alvarez, 27, now stands at 49 wins (34 KO), two draws and one defeat from 52 fights.

There was a chorus of boos from fans when the decision was announced at the T-Mobile Arena, and both boxers shook their heads.

The controversial verdict means the pair are expected to meet again to decide the world’s best middleweight.

Golovkin labelled the decision a ‘drama show’ afterwards but both boxers were united in calling for a rematch to settle their issue, summing up what has so far been a refreshingly honest rivalry.

Judge Adalaide Byrd had Alvarez as a clear winner in Las Vegas, while Dave Moretti scored the bout for Golovkin and Dan Trella had the fighters level.

While the leading protagonists mostly held their council on the judges’ polar views of the fight, there was no shortage of criticism from within boxing on the verdict delivered.

Former heavyweight world champion Lennox Lewis tweeted: “These scorecards were ridiculous! I have GGG as clear winner. Loved that Canelo swung to the very end! Both are winners tonight.”