‘Off the pace’ Foxes happy to make their point 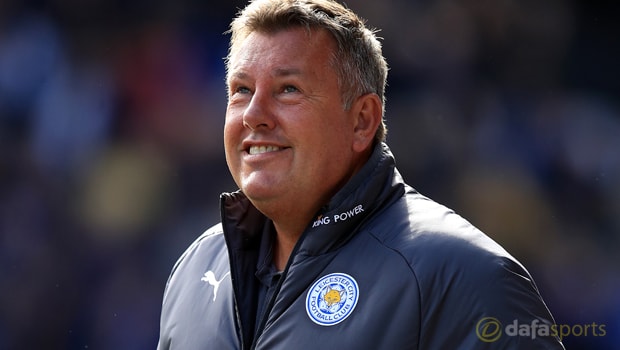 Leicester City boss Craig Shakespeare felt the character in his squad was the decisive factor in earning a point at Huddersfield Town on Saturday.

The Foxes boss admitted that too many of his players were ‘off the pace’ during the 1-1 draw at John Smith’s Stadium but he paid tribute to them for battling to earn their share of the spoils.

Leicester have endured a tough opening run of games, visiting Arsenal and Manchester United while hosting Chelsea, and will be content to have earned four points from five games.

Shakespeare revealed he would have settled for a point at half-time given how Huddersfield had played, and he was delighted with the response his players gave after Laurent Depoitre fired the hosts in front within moments of the second half starting.

“I think it has to be a good point. I said to the players if they offered us a point at half-time we’d have taken it,” said the Leicester boss.

“To go a goal down straight after half-time was disappointing and we had to show a lot of character. Scoring soon after was important, but in the first half we were second best.”

Andy King won a spot-kick for the Foxes after he was tripped from behind by Chris Lowe, just three minutes after Huddersfield’s opener, and Jamie Vardy made no mistake with the resulting penalty.

Elias Kachunga had a second goal for the home side chalked off by the offside flag, while Leicester felt Jon Moss might have awarded them a second spot kick following a challenge by Mathias Jorgensen on Demarai Gray late on but, overall, Shakespeare was content with his point.

“We had quite a few players off the pace today but ultimately we have to be pleased with a point,” he added.