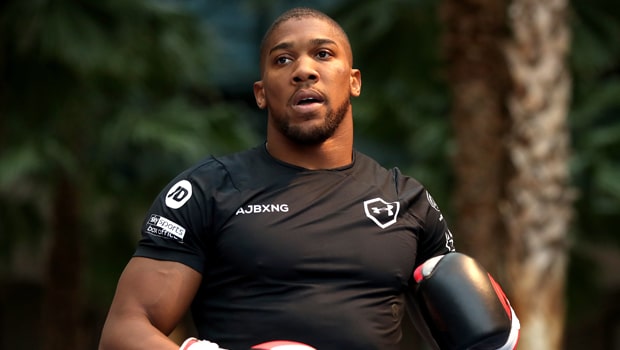 Anthony Joshua says he has never felt better going into a fight week than he does ahead of Saturday’s clash with Andy Ruiz Jr in New York.

The British heavyweight has altered his camp preparations in order to be at his peak come fight night, and Joshua says it is already paying off. “I’ve never been in a fight week where I have felt so energised,” he said.

“I’ve had 10 years of that feeling of being burnt out by the time I get to the ring.

“Even in the [Alexander] Povetkin fight I was so ill and tired. This camp, I knew I couldn’t afford that again and again as it shortens the career. So it’s learning but it’s taken time. We are finally pulling it together.

“It’s time to rebuild that name again. I feel like an underdog and like I want to prove myself.”

Joshua, the WBA, IBF and WBO champion, has reiterated his desire to take Deontay Wilder’s WBC title and unify the heavyweight division.

Only then will he feel he has ‘made it’ in boxing terms. When asked if the glamour of New York and billboards sporting his name mean he has made it, Joshua replied: “Yeah, it looks like I’ve made it but it’s only when I put my hand on the last title – and win on Saturday – then I can say I’ve made it.

“It’s been down to calculated steps. It’s been a good journey, a tough journey. On the sides of the journey there are billboards, then with time, two billboards but it’s all about winning this sport.

Joshua is 1.05 to defeat Ruiz Jr in Madison Square Garden, with the American priced at 11.00.