Eddie Hearn: Oleksandr Usyk fight not too far away

Posted by Vincent Henderson on February 21, 2019 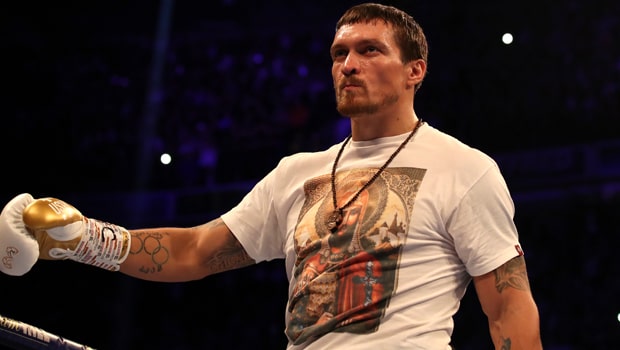 Promoter Eddie Hearn has confirmed heavyweight king Anthony Joshua is expecting to be mandated to fight Oleksandr Usyk next year.

Joshua is looking to become the undisputed heavyweight world champion in 2019 and needs to win Deontay Wilder’s WBC belt to do so.

For now, he will defend his IBF, WBO and WBA ‘super’ titles against Jarrell ‘Big Baby’ Miller in New York on June 1.

Wilder, Tyson Fury, Dillian Whyte and others all remain on his radar while pound-for-pound king Usyk is also set to step up in the coming weeks.

He unified the cruiserweight division last year before taking a break and Hearn admits Joshua is set to be challenged by the Ukrainian.

After beating Tony Bellew, Usyk confirmed his intentions at the end of last year, saying: “Becoming heavyweight champion of the world is not what I’m dreaming of. It’s my goal. It’s what I’m planning to do.”

Now, with Usyk in training at heavyweight, Hearn admits Joshua will have to take on the fans’ favourite in the near future.

He told Sky Sports: “Usyk will fight in May, probably in his heavyweight debut, potentially against Alexander Povetkin. Then he’ll have one more. Then it looks like the WBO will make him mandatory for Anthony Joshua. I see that fight happening in spring 2020.”

Joshua is as short as 1.13, with many expecting him to cruise past Miller. The British star is 26.00 to win inside round one while a third-round success is 13.00.