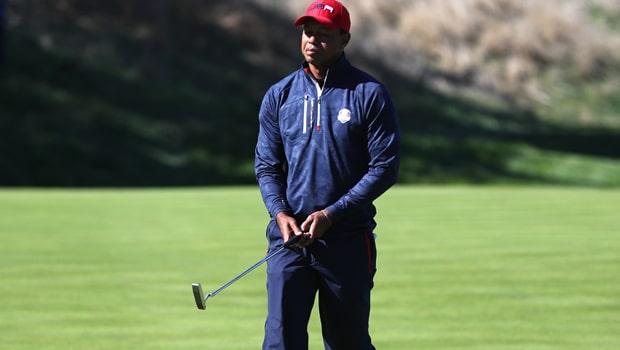 Tiger Woods admits he does not know what his plans are ahead of the US Masters this year as he prepares to tee off in his first WGC-Mexico Championship.

The 43-year-old will travel to Chapultepec Golf Club for the first time on a professional basis as he tries to win his first tournament of the year on the PGA Tour.

He opened his campaign at the Farmers Insurance Open and finished in a share of 20th, before then coming tied 15th at the Genesis Open last week.

The tournaments after the event in Mexico pose a problem for Woods, with four consecutive events taking place in his home state of Florida.

The Honda Classic, Arnold Palmer Invitational, Players Championship and Valspar Championship are all big events for Woods, and he admits he cannot play in them all.

He told Sky Sports: “From here on out it’s very complicated. That what I’m trying to figure out; how much to play, how much is too much, how much is not enough.

“Next week is at home for me, then there’s a tournament I’ve won eight times, then another event I’ve won a couple of times and then the week after is where I had another unbelievable week last year.

“This year is even more complicated as I feel better, but I’ve got four events right there in my state that I live in.”

Woods is priced at 21.00 to win in Mexico, while he is 13.00 to win another Green Jacket at Augusta National.