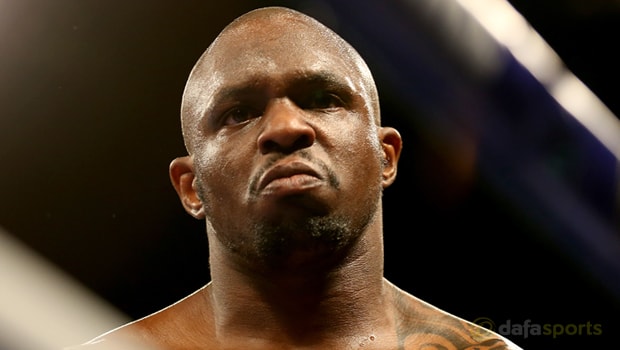 British heavyweight Dillian Whyte has turned up the pressure on Kubrat Pulev as he looks to set up an IBF eliminator in the summer.

The Brixton fighter has shot up the rankings in the heavyweight division by stringing together a seven-bout winning streak following his loss to Anthony Joshua in December 2015.

The 30-year-old displayed all his skills as he dispatched veteran Australian Lucas Browne in six rounds in March and now has his sights set on world titles.

However, Whyte is not currently in the picture to challenge the IBF, WBA, WBO and IBO champion Joshua as he is seeking a unification bout with WBC belt holder Deontay Wilder.

The Body Snatcher could make himself the number one contender though if he comes through a fight with Pulev.

The Bulgarian claims that he has not been approached by Whyte’s team to lock down a date, although he insists the Silver heavyweight champion is stylistically made for him.

Whyte, who accuses The Cobra of trying to swerve him, has confirmed the purse bid for a meeting with Pulev is scheduled for Thursday and is hopeful they can come to an agreement.

“I think he was hoping that, I said I was going to go for (Luis) Ortiz, and then he could fight (Alexander) Dimitrenko, which was the next one down.

“He said I’m the perfect opponent for him. Well for some reason, him and [promoter] Kalle (Sauerland) are taking long. I hate heavyweight boxing. It’s full of cowards.”