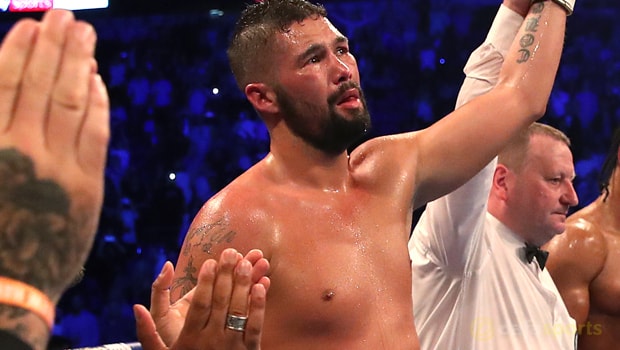 Tony Bellew has hit back at fellow Briton Tyson Fury and believes he has the attributes required to defeat the heavyweight.

‘The Bomber’ recently made the step up the heavyweight for the first time in his career for a mouthwatering bout with David Haye.

Bellew beat a heavily injured Haye in their first meeting and went on to land a devastating defeat on his compatriot when they clashed again earlier this month.

The Liverpudlian, who spent most of his career at light-heavyweight before moving up to cruiserweight, is looking for his next assignment in the heavyweight division and appears to be keen on Fury.

‘The Gypsy King’ is scheduled to return to the ring for the first time in over two years next month when he faces Albanian Sefer Seferi in Manchester.

Fury’s last fight saw him claim the WBA, IBF and WBO belts from Wladimir Klitschko and he is hoping to reclaim his titles as quickly as possible.

A meeting with Bellew could potentially be on the cards following his fight in June although he claims he could “damage and hurt him properly”.

Bellew has fired back at the 6ft 9in fighter and believes he has all the tools to land a first ever professional defeat on Fury.

“He come out and said he won’t fight me because I’m a cruiserweight and he’ll hurt me,” Bellew said to talkSPORT.

“Well, Jesus Christ, he’s only fighting a cruiserweight, isn’t he? “I think he understands that I’m a much more dangerous fight that anyone he can possibly face right now.

If Tyson wants to make serious money, he knows where to come. He is awkward to fight of the big guys.