Posted by Vincent Henderson on November 17, 2017 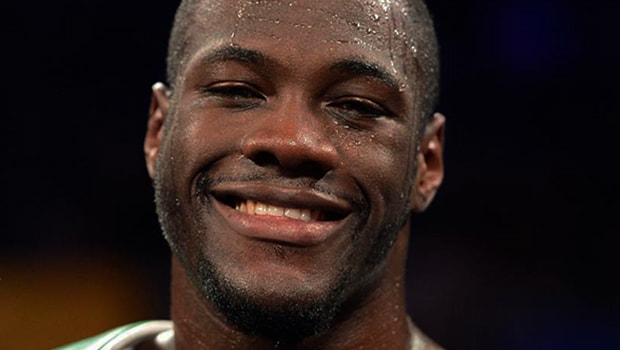 Deontay Wilder is determined to fight fellow heavyweight champion Anthony Joshua in the near future as he wants to prove he is the best fighter in the division.

Both men boast impeccable records at professional level, with American Wilder having won all 39 of his bouts to date, while British ace Joshua’s 20 victories have all come by knockout.

The two fighters also boast four of the world titles in the heavyweight division with WBC champion Wilder desperate to put his honours on the line against the WBA (Super), IBF, and IBO champ, as he wants to prove he is the best fighter in the division.

“I just want to prove who is the best, that’s all I want to do,” Wilder said.

“I want people to see a great fight and witness the two best heavyweights compete with each other one night in the ring.”

Wilder went on to reveal that his representatives have been in contact with Joshua about a potential bout next year, but he believes his rival is reluctant to fight him, as he knows he runs the risk of losing his perfect record.

“I think they’re hesitant for a reason,” Wilder added.

“They’ve got a great thing going. He [Joshua] can fight literally a guy who doesn’t even have a name and can make millions and millions of dollars off him.

Why would they risk taking a chance with the most dangerous heavyweight in the division?”

Wilder, who stopped Canadian Bermane Stiverne during the first round of their contest earlier this month, is also looking to boost his profile by fighting Joshua and he believes it is an exciting time for the heavyweight division as a whole.

“The heavyweight division was once in a dark place but now it is coming into the light,” Wilder continued. “It’s exciting and I can’t wait to make it even more exciting.”