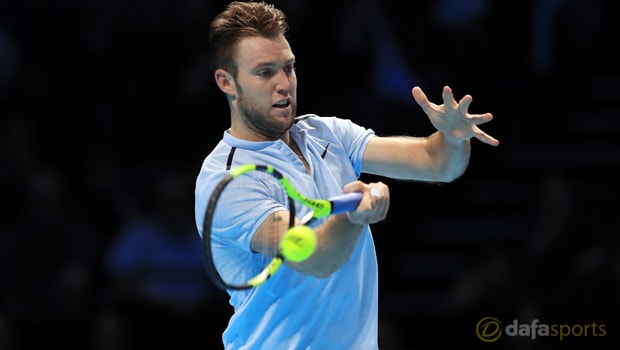 Debutante Jack Sock has made it through to the semi-finals of the ATP World Tour Finals after winning a see-saw battle against Alexander Zverev on Thursday.

The American, who only qualified for the end of season event following his victory at the Paris Masters earlier this month, secured 6-4 1-6 6-4 success to claim second place in the Boris Becker group and with it a semi-final showdown against Grigor Dimitrov.

Sock was certainly made to work hard for his victory over world number three Zverev, as after claiming the opening set, he was easily picked off during the second, before regrouping and claiming glory with his first match point during the decider.

The 25-year-old admitted after the contest that it had been rollercoaster battle, but he was delighted to come out on top and become the first American since Andy Roddick a decade ago to reach the semi-finals of the ATP Finals.

“That was a rollercoaster match for sure,” said Sock.

“I was down some break points early but able to fight that off in the first set.

I didn’t have a hot start to the third set but it has been a theme to hang in there the past few weeks and keep fighting. You never know what can happen.”

Next up for Sock is a semi-final clash with Dimitrov – he has won their three most recent meetings, including at this year’s BNP Paribas Open.

Sock is priced at 8.00 to go on and win the ATP Finals in London, while his semi-final opponent, Dimitrov, is on offer at 5.25 to claim overall glory.