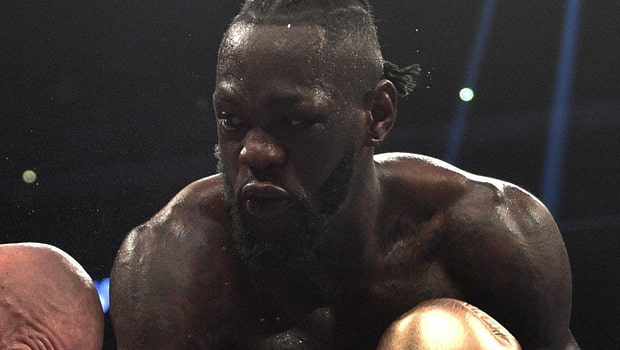 Deontay Wilder has reiterated his desire to take on Anthony Joshua in an undisputed world heavyweight title fight.

Talks have previously stalled between the two fighters, but there appears to be a desire from both sides for negotiations to resume, with Wilder admitting he ‘can’t wait’ to put his WBC title on the line against IBF, WBA and WBO champion Joshua.

Told that Joshua was eager to take him on, Wilder said: “Oh man, I can’t wait for him either.

“I’ve tried to show people and I’ll continue to still prove that I am the best. I’ll continue to give people the fights that they want to see. But they got to be in cooperation with my team as well too.”

Before a fight between the two champions can be confirmed, they first must win their respective upcoming fights, with Wilder due to face Dominic Breazeale in New York on May 18, while Joshua will take on Jarrell Miller at Madison Square Garden just a couple of weeks later.

Wilder will be determined to see off fellow American Breazeale, whose only previous career defeat came against Joshua in 2016.

The Bronze Bomber certainly hasn’t lost any of his confidence despite only drawing his last fight with Tyson Fury in controversial fashion last December.

Should Wilder beat Breazeale, then that will put all the pressure on Joshua, who is priced at 1.13 to overcome Miller on June 1, while his opponent is available at 6.50 and the draw is on offer at 29.00.