Posted by Vincent Henderson on December 21, 2018 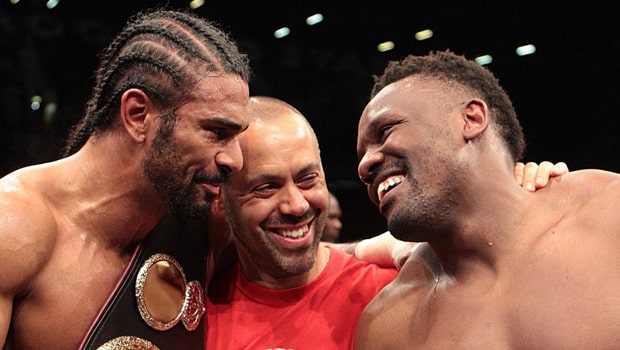 Dereck Chisora’s manager, David Haye, has claimed his fighter could have great success against Anthony Joshua if the two ever meet in the ring.

Joshua is the big fish in the heavyweight division and the IBF, WBO, WBA Super and IBO champion is expected to take on either American Deontay Wilder or British boxer Tyson Fury next.

However, if the 29-year-old is unable to thrash out a deal to fight one of these two next, his promoter Eddie Hearn says it is possible the next opponent could come in the shape of Chisora or Dillian Whyte, The two British fighters go head-to-head at the O2 Arena in Greenwich on Saturday night in an eagerly-anticipated rematch, two years after the pair went toe-to-toe in a rip-roaring contest at the Manchester Arena.

Speaking about Chisora’s chances of getting the better of Joshua in the future, Haye believes he saw enough from AJ’s last fight to suggest ‘Del Boy’ could cause an upset.

“The Alexander Povetkin fight was a very good victory,” he told Sky Sports.

“He had a cold before the fight and he still managed to put on a great performance against a tricky opponent.

“The good thing for me and Derek? The things that Povetkin had success with are things that Chisora can do, if he wants to do them. I got a lot of confidence from the fight with Povetkin in terms of Chisora potentially, one day, fighting AJ. “But that is a long way down the line.

If [Chisora] blitzes Whyte in six or seven rounds that could be a wildcard chucked into the heavyweight world mix. Depending on how Derek looks, I’d love to chuck his name in there.”