Posted by Vincent Henderson on December 16, 2018 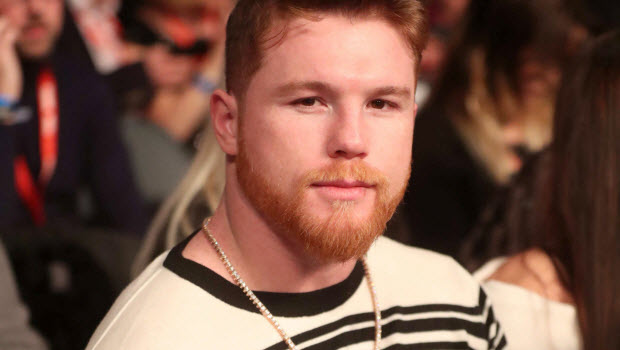 IBF middleweight champion Daniel Jacobs insists he would love to take on Saul ‘Canelo’ Alvarez after watching the Mexican cruise past Rocky Fielding in New York.

Jacobs was ringside as Canelo produced a masterclass as he stopped Fielding inside three rounds. The Liverpool fighter touched the canvas in the first round after a crippling body shot, before going down again in the second after another assault to the body.

In the third he went down on two occasions before the referee waved the fight off, allowing Canelo to become a three-weight world champion. Alvarez is now expected to drop back down to middleweight where he is the WBA ‘super’ and WBC champion and Jacobs admits he would jump at the chance to have a unification fight.

“He [Canelo] looked phenomenal. The body shots were perfect, Fielding had no answers. It was a great performance from Canelo, he did what he had to do and I’m happy for him,” he told Sky Sports.

“That’s a fight [Canelo vs Jacobs] that is very possible. With [David] Lemieux unfortunately being out now with health issues, there’s even more of a stronger possibility that the fight can happen.

“Me being champion helps also. I’m not sure if they want to do the trilogy with [Gennady] Golovkin.

It’s time for the fans to see something different, I guess a new champion. “Outside of Canelo, ‘GGG’ makes the most sense. It’s about reaching the pinnacle of my career, fighting the best fights out there, I want the fights that the fans respect.

“Canelo has all the belts, that’s my goal, I just want the guy with the belt and I want to be considered number one. He’s a pound-for-pound star and it’d be an honour to share the ring with him.”