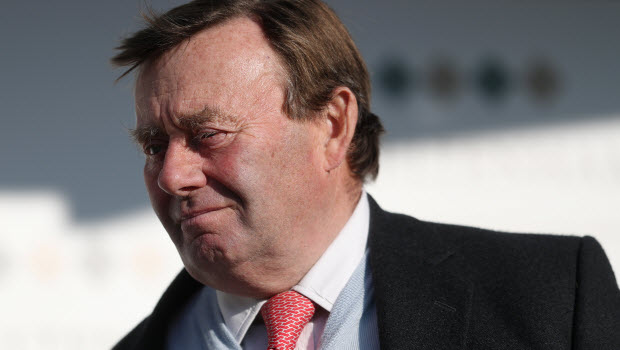 Trainer Nicky Henderson has confirmed Brain Power will be aimed at the Champion Hurdle after his win during the Unibet International Hurdle at Cheltenham.

Connections decided to switch back to hurdles from fences and that call was rewarded with a win on Saturday. Brain Power was second in the Arkle Trophy at Cheltenham in March, but he fell during his final run of the jumps campaign at Aintree.

The seven-year-old returned in the Schloer Chase at Cheltenham last month before owner Michael Buckley decided to send him over hurdles at Prestbury Park.

He jumped superbly well and Henderson believes the best is yet to come and he hopes Brain Power can follow Buveur D’Air and compete for the title in March 2019.

“It was totally his (Michael Buckley) idea to go hurdling and full credit to him,” Henderson told reporters. “I said this morning that was a good call and as the race panned out, it did seem a good call.

I would have given him one more chance over fences in cheekpieces in the Peterborough Chase. “He has always had stacks of ability. He has always looked like a chaser, but he has never found that easy and he has never actually jumped hurdles that well.

“It’s not that he’s ungenuine, he just doesn’t concentrate on what is in front of him the whole time. We might take Brain Power to Haydock (Champion Hurdle Trial).