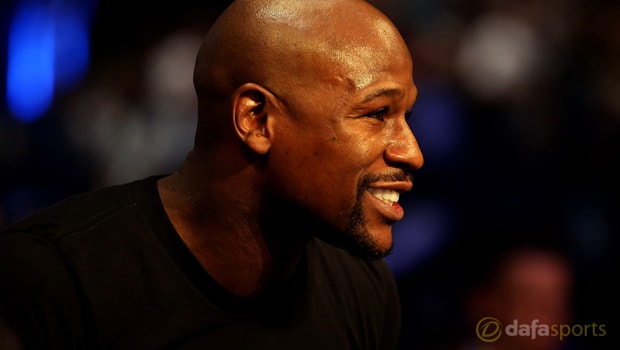 Conor McGregor has promised to knock Floyd Mayweather out in the fourth round when the pair go head-to-head in their mega fight next month in Las Vegas.

After months of negotiations and rumours, both McGregor and Mayweather finally came to an agreement over a fight which will see the Irishman make the switch from UFC to boxing for one night.

The event in Las Vegas will also spark a return to the ring for the undefeated American, who retired from the sport nearly two years ago after beating Andre Berto at the MGM Grand.

Mayweather is regarded as one of the best pound-for-pound fighters to have graced the ring and he heads into the highly-anticipated contest with an impressive 49-0 record.

McGregor, who is one of the more colourful characters in UFC, has only lost one of his last 10 fights and he defeated Eddie Alvarez last time out to defend his lightweight title.

It promises to be an intriguing bout between the confident pair on August 27 and the Irish star has already picked out exactly when he will be having his hand raised.

I’m going to knock him out inside four rounds, mark my words,” McGregor said at the first press conference to publicise the bout.

“The movement, the power, the ferociousness – he’s not experienced this.

“He’s fought people who have shied away from him. I don’t fear this limited set of fighting.

This is a limited set of rules that makes this half a fight, a quarter of a fight. If this was a true fight, it wouldn’t even take one round.”