Posted by Vincent Henderson on December 14, 2013 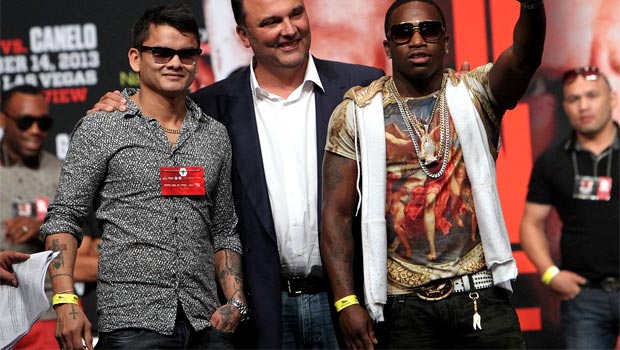 Given his recent behaviour out of the ring, Broner will probably not have too many neutrals rooting for him when he takes on the Argentinian, who is the former WBA super lightweight champion.

In the past, Broner has been disrespectful of future opponents, but was full of praise his opposite number at the pre-fight press conference.

“We’re worried about Maidana,” he said.

“I respect his coach; I respect him as a fighter. People say I’m being bashful, I’m being respectful. I can’t talk trash to someone who doesn’t speak English.

“He’s looking at me crazy right now and I don’t know if he’s faking or not. He’s a very respectful guy so I have to respect him. But I’m going to beat him, that’s for sure. We can be friends after that.”

Broner has yet to taste defeat in 27 outings, amassing 22 KOs, and compares himself with such legends as Floyd Mayweather Jr, although he has a lot more to achieve to be considered in the same breath.

Maidana has a career record of 34 wins, 31 KOs and three losses, and has a game plan to stop Broner.

“I’ll get busy with him. I hope he’s ready because I am.”

Broner is an overwhelming odds-on favourite with the local bookies, but Maidana has a big punch and could easily cause a shock on Saturday night.