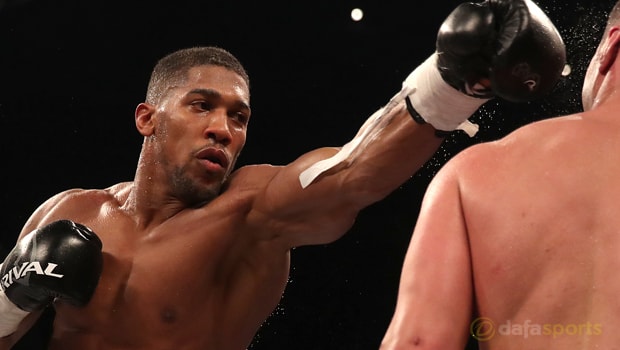 Anthony Joshua’s unification bout with Deontay Wilder may have to wait after the WBA ordered him to sign for a mandatory title defence against Alexander Povetkin “within 24 hours”.

The British star has been in talks for the last few months with Wilder’s camp as the pair try to sort out a deal for the end of the year.

Both camps have shown signs of frustration during negotiations and Wilder claimed earlier this month that he would fight in the UK.

However, it now appears that the fight will be delayed, with Joshua set to fulfil his title obligations to Russian star Povetkin.

WBA president Gilberto Mendoza had granted Joshua an extra month to continue talks with Wilder, but he has now called on AJ to finalise a bout with mandatory challenger Povetkin.

Mendoza said in a statement: “Today the WBA requested an answer from Anthony Joshua’s team regarding his fight with the mandatory challenger Alexander Povetkin.

“The WBA have allowed over a month extension to negotiations with Povetkin and also ongoing discussions with Deontay Wilder.

“It appears the Wilder team have not returned the contract for the fight and therefore we are requesting a date for the Joshua versus Povetkin fight with immediate effect.”

Joshua’s British rival Dillian Whyte is looking for a rematch in the next 12 months and he is set to fight Parker next.

He will be intrigued by the latest developments but must win his bout against the New Zealander. Both men are priced at 1.95 to win, with the draw 34.00.