Boxing: Tony Bellew ready to bow out in style

Posted by Vincent Henderson on November 9, 2018 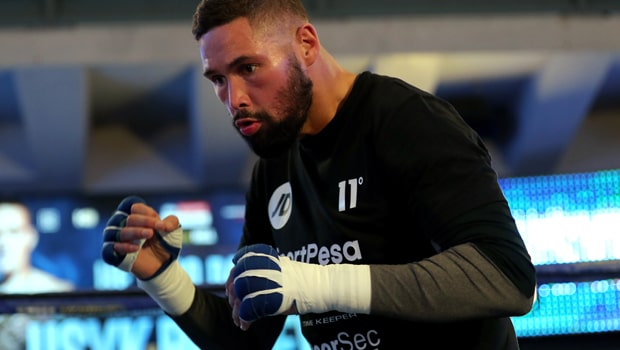 Liverpool’s Tony Bellew is confident he will retire in style after claiming he will knock out Oleksandr Usyk when they meet on Saturday night.

The former WBC cruiserweight champion is adamant that Saturday’s bout at Manchester Arena will be his last after a long and successful career.

Bellew is on a career high after beating David Haye on two occasions, while Usyk is yet to lose during his first 15 fights.

In a short-career he has already won the IBF, WBA, WBO and WBC belts, while he was awarded the Ring Magazine title at Thursday’s press conference.

Many rank Usyk as a pound-for-pound star but Bellew is adamant his hand will be raised after the contest.

“He’s amazing at what he does, but he’s going to learn to lose on Saturday night, and learn he will do,” he told Sky Sports.

“I think I can, and when I do, we’re going to see what I’m really about. Am I as good as I think I am? Can I be greater than I ever thought possible? I get all the answers to the questions on Saturday night.

“I’m looking forward to just finishing up, I really am. This is the end, and believe you me, I’m going to go out with a bang. This is going to be the greatest night of my whole career.”