Posted by Vincent Henderson on March 3, 2019 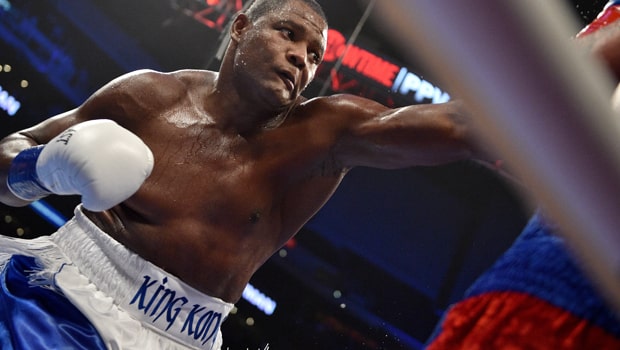 Heavyweight veteran Luis Ortiz insists he wants a rematch with WBC champion Deontay Wilder or a fight with Anthony Joshua next after he battled past Christian Hammer on Saturday night.

The 39-year-old was back in action for the first time since December as he won the 31st fight of his career.

Ortiz never looked in trouble during a routine win, although he showed little signs of hurting Hammer during their battle in Brooklyn.

The Cuban has now won three fights in a row since losing to Wilder in March 2018 and a rematch is now in his plans. WBO, IBF and WBA ‘Super’ champion Joshua is also in his sights but the Briton must defend his titles against Jarrell Miller in June first.

When asked about his plans, Ortiz told reporters: “Every heavyweight out there should know that I still have it at 40.

“Anthony Joshua, Deontay Wilder, I’m ready.” Ortiz may have to see what the WBC does first, with Dillian Whyte looking to become mandatory challenger for Wilder’s belt.

The Brit was supposed to take on Dominic Breazeale in the summer but if the fight falls through the Londoner wants to be given assurances.

He told Sky Sports: “The WBC, they ordered me against Breazeale. Hopefully they will honour that and keep true to their word, and they will give me the mandatory position.

“If Wilder wants to fight Breazeale, I should become the WBC automatic mandatory, because Dominic Breazeale is pulling out of the fight, not me.”