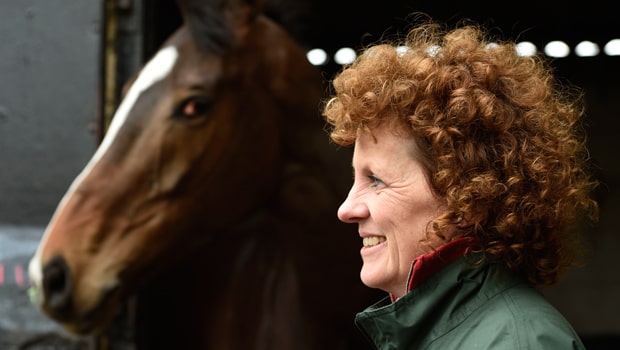 Trainer Lucinda Russell has confirmed that One For Arthur will head straight to the Randox Health Grand National after skipping a Kelso outing on account of the ground.

The 2017 National winner had been expected to have one more prep run this month before the blue riband race in April.

However, after talks with connections, Russell decided the ground was too firm for the 10-year-old and he will now head home before preparing for Aintree.

The bay gelding has not won since his National success in 2017, unseating his jockey on both of his last two runs.

Russell had hoped for more at Aintree and Haydock during outings in December and January but she is confident he will be in good shape in time for the National.

Russell told Racing TV: “It’s beautiful ground here and Kelso have tried their absolute hardest. We had a little dream that it might rain through the night and be a bit softer when we got here, but sadly not.

“We will take him home now and just prep him for Aintree. I’m not too worried about the fact he’s unseated a couple of times.

I think we can get him and Derek (Fox) in the best possible form for Aintree. We did it last time so we will try again this time.

“We’ve had our ups and downs, but I always think things happen for a reason. We’ve got a plan for between now and April, so that’s what will be going on.

“Things are pencilled in, so we’ll see how it goes.” One For Arthur is 34.00 to win the Grand National, with Tiger Roll the current favourite at odds of 13.00.