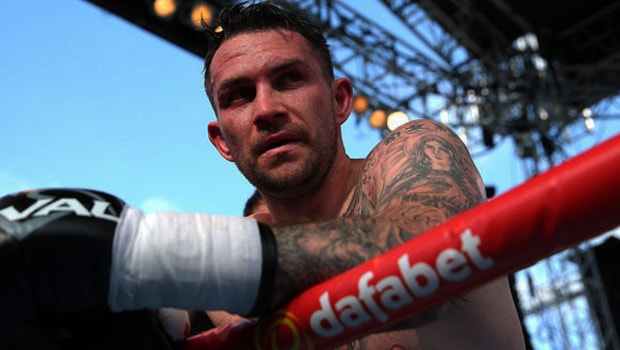 Liverpool’s Paul Smith has confirmed that he has yet to agree a deal to take on Tyron Zeuge for his WBA world title.

The 34-year-old has not fought since September 2016, when he beat Daniel Regi via a technical knockout to secure his third win in a row.

Smith’s career was at a crossroads three years ago after two losses to Arthur Abraham were followed up by a stoppage loss to Andre Ward.

However, the former British super-middleweight champion is still in the world title picture and he is hoping to secure a deal with Zeuge in the near future.

Zeuge is 10 years younger than Smith and he successfully defended his WBA title against Isaac Ekpo last time out.

Despite the rumours, Smith insists a deal is not 100 per cent agreed but he has hinted that talks could soon come to a conclusion.

“I’ve been speaking to my manager and trainer and nothing is over the line yet,” he told Sky Sports.

“It’s the only fight I want, I’ve been waiting since November or December.

It’s a case of ‘watch this space’.” Smith confirmed the news while working as a commentator on Saturday night as Kal Yafai successfully defended his WBA super-flyweight title.

He secured a unanimous decision over Japan’s Suguru Muranaka in his first world title defence, while Sam Eggington grabbed the headlines on the undercard.